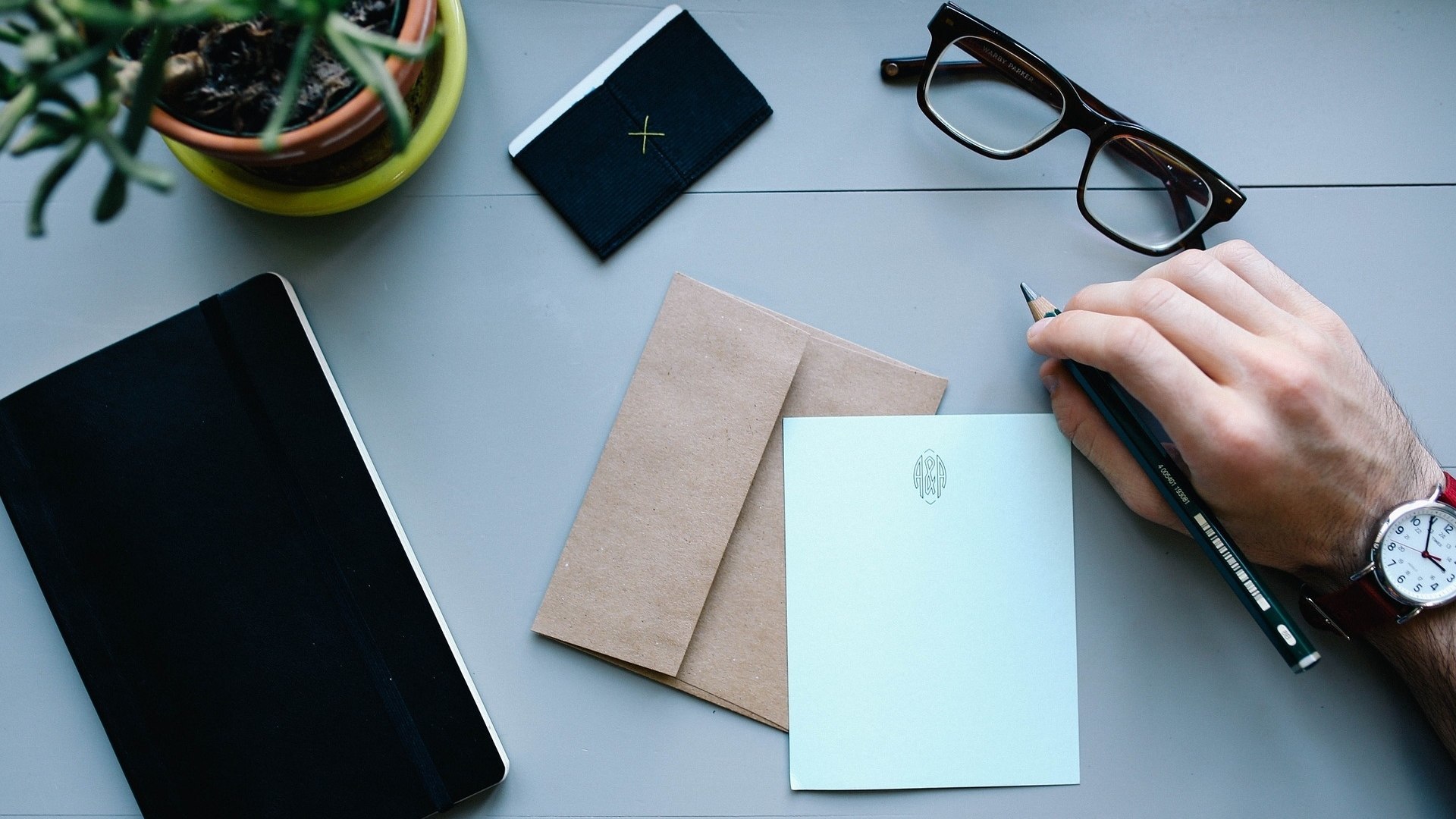 They say you can’t turn back time…

But what if you could? What if there were a way to turn back the clock and return to days gone by? What if we could travel to our past and learn from those who mastered life under very different – and often much more difficult – circumstances? Could we teach them how to improve their lives? Or should we rather try to learn from them?

The 1993 film “Jurassic Park” showed us the premise: In its opening sequence, a mosquito bites a dinosaur during the time of the Jurassic age. A second later, a drop of resin falls from a tree, enveloping the insect and – over time – turning into a piece of amber containing the fully preserved mosquito. A few millennia later, a group of scientists extracts the drop of blood from the mosquito and uses it to recreate and repopulate dinosaurs on a remote island. The rest is movie magic … or is it? 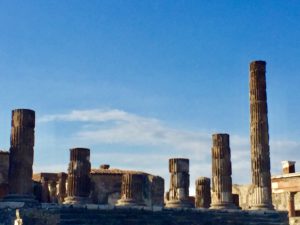 On a recent trip to Italy, I had the opportunity to visit the ruins of the ancient city of Pompeii. In the year 79 C.E., an unprecedented eruption of Mount Vesuvius caused this prosperous town to be buried under tons of incandescent ash within minutes … buried, and subsequently forgotten. It was not until the late 1800s that peasants, drilling for water, came across some remarkably well-preserved marble statues of Roman origin, which led to the discovery and excavation of this ancient city.

Decades later, Pompeii has been widely excavated and studied, and provides us with hitherto unavailable insights into the life and culture of the time. Advances in modern casting and restoration techniques have done the rest and provided something unique: a view through the keyhole of time, a window into the beautifully preserved daily life of a culture frozen in an instant, just like the aforementioned mosquito in the chunk of amber…

And what a culture it must have been. 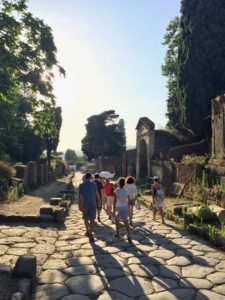 20 centuries ago, the Pompeiians already had standardised widths for carriages, a working system of both one and two-way streets, traffic free zones for public congregation and a deep understanding of the requirements of commerce, reflected in the way they constructed commercial real-estate as opposed to residential.

They recognised their limited ability to cure diseases and compensated by promoting (free for all) prevention through hygiene. Today you can still see the bath and steam houses, which were open to citizen and slave alike.

You see it in the construction of their roads, built with high pavements on either side to keep rainwater and flotsam away from buildings and sloping towards the city gates from a raised town centre to avoid stagnant water (a breeding ground for cholera, one of the banes of their existence).

They understood the risk pent up male sexual tension could pose to their female populace and instituted a culture of brothels across the city to provide a convenient outlet (which, incidentally, today are a regular source of mirth for tourists, given the abundance of male genitalia depicted as ‘signs of trade’ and the graphic picture menus used to bridge the language or literacy gap with their customers both domestic and foreign…).

A town built for sustainable scalability

While the houses of the rich were connected to a system of public aqueducts, each house also hosted a central opening and pool for collection of rainwater in individual cisterns. And the need for fire prevention led to public water sources every 300 feet, doubling as drinking fountains and (on a separate basin, to prevent contamination) troughs for donkeys and horses, as well as providing cleaning to the streets by funnelling the spill-over.

Overall, standardisation seems to have been the prevalent theme: a 90-degree network of streets to rival that of Manhattan, servants’ quarters replicating the larger households on a smaller scale for consistency, and buildings painted according to a unified palette of colours (dark at the bottom, where exposure to the elements as well as physical contact was more likely, and white at the top, providing advertising space, allowing for easy repainting by public service.

And they were great communicators. While today we pride ourselves on fully digitalised communications, they already had a highly efficient way of utilising the white space on buildings, selling it as advertising or public endorsement space…and they understood the principles of sending messages based on packet relay: All along the Amalfi Coast you can still see the system of relay towers, serving one simple purpose. If one of the sentries spotted a threat coming across the sea (pirates or a hostile navy), they would light a bright fire at the top of the tower, thus alerting their neighbours to the left and right, who in turn would also light their own fires. And the message would spread up and down the coast within minutes, rather than the days it would have taken by conventional messenger. 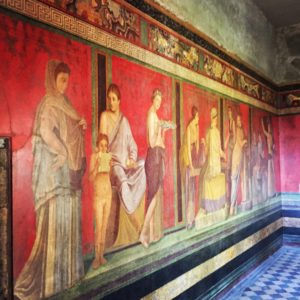 In addition, they were excellent assimilators: If they liked a cultural aspect of another nation, they didn’t just buy the art; they “imported” experts to teach them, thus adding their skills to Pompeii’s portfolio. This is beautifully reflected in some of the most recent discoveries, stunning works of visual storytelling, displayed on the walls of the rich, featuring a level of facial detail and perspective, later lost again and not redeveloped for centuries.

Interestingly enough, all this efficiency was purely rooted in the moment. The Pompeiians of old were the ultimate hedonists – living for the day, without much thought for the future. Beauty and comfort were things to be enjoyed and no effort was deemed too small. At the same time, continuity and a bright future seemed to have played a minor role at best. Once you died, you became part of the ancestral gods, to be worshipped in your family’s house shrine. It seems that living up to the achievements and standards of the past was considered an obligation, while the future was left to auguries and other nebulous entities. Even conquest was more a matter of pride, than of design for coming generations. While the sun proverbially never set on the Roman Empire, nobody seemed to really spend too much time thinking about how to manage such an expansion. As long as bounty and earnings found their way home to the Emperor, local rulers were mostly left up to their own agendas…

So, if nothing is really new, what is different today?

Much like the Pompeiians, who were pure hedonists, we seem to be very much in love with our technology and not very concerned about the impact it has, or should have, on the world around us. We pride ourselves on insights-driven campaigns, n=1 segmentation, fully customised and learning messaging algorithms and our ability to gather and interpret big data. In fact, we consider ourselves to be at the top of the evolutionary ladder (as well as the food chain). We revel in our ability to target and reach anyone, anywhere, at any time (consider that in 2016 alone, approximately 3.8 Bn. screens were manufactured – one for every other human on the planet); our systems and methodologies for listening and influencing. But what we call listening, is really just eavesdropping and trigger-picking. We scan for specific terms, or try to identify trending topics, only to then be able to insert ourselves into a conversation we were never invited to join. Have we become that uncomfortable (and socially awkward) guest at the party who doesn’t really belong, stands next to groups of friends and starts laughing hysterically at the wrong time? We spend so much time scanning the world around us, yet we tend to miss real-time development of events. 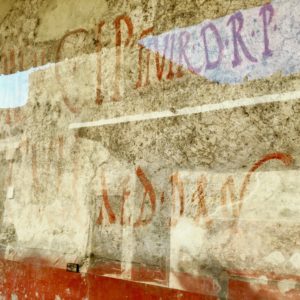 And what is this influencing we are so proud of? We use our (supposed) familiarity with target audiences to subtly, or not so subtly, create a rising level of familiarity and comfort with a specific topic or message in order to trigger desired behaviour in our target audiences… much like the endorsements on the white walls of Pompeii, where Mrs XYZ would endorse Mr ABC for a political role, there for everyone to see, whenever they walked down the street.

So what has changed? Is it just the medium? Does conversion of information into a portable format make such a difference? Is the deep level of individualisation and data capture at a customer and message level that, which makes us so much better communicators?

Is faster and more scalable automatically better? Or have we just embraced that most Pompeiian of traits: pure self-indulgence and short-lived pride in our ability to assimilate information, styles, culture? Do we spend enough time considering the long-term implications of our ability to intrude on people’s lives in the name of engagement? Are we cognisant of the responsibility to safeguard the vast amounts of personal information?

Or have we, in fact, become #digital_hedonists?